These are the board games with the Action Queue mechanic.

There are no posts yet. Be the first to post.

I paid $140 for #Gloomhaven when it was still going for that(I believe I’ve seen it for around a hundred in the years since), but I did split it three ways so that doesn't reaaaally count. A couple months ago I got #Mechs vs. Minions for about $90 after shipping, but I’m not likely to pay that much again. Mvm uses one of my favorite (yet rarely used) mechanisms: action queues. My gf and I have been obsessed with it since, so it was probably a good call.

Beyond those outliers, most of my collection is within the 35-60 range and it's unlikely I'll go outside of that often. Building off of that point, my most recent acquisition is #Tapestry which I only would've considered at the current price point. If something is going to be pushing 3 digits, it better be an immersive campaign of some kind that will push me to play well over 20 times.

That being said, I'll probably up my #Frosthaven pledge from $1 to the full price at some point. haha 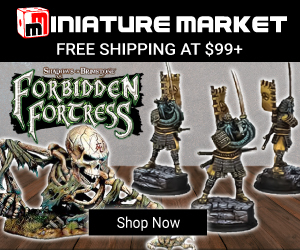