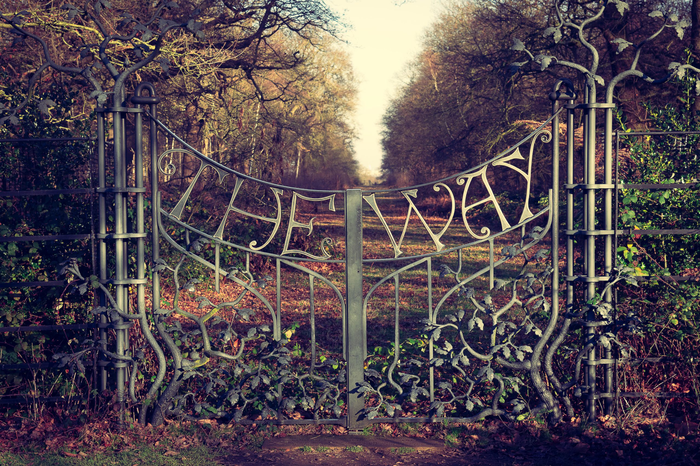 https://bit.ly/gatekeeping-bg
Gatekeeping in tabletop gaming is something we all need to be aware of and stop doing. We should seek to help others join in on the fun.
So, this begs the questions:
How did you get into tabletop gaming?
How will you help others enjoy or discover the hobby as you have?

I got into the hobby trying to find activities for my fiancée and I to do together. After having a ton of fun playing #Guillotine with my family, I immediately fell down the BGG rabbit hole. Since then I've joined a board game meetup group that has been more than welcoming and friendly for all new faces. A little gate keeper-y in the way that they are adamant you do not bring Monopoly, Risk, Uno, Scrabble, etc to the meetups. Pretty sure that rule has been broken for #Yahtzee though. I am like @tapowe definitely a gate opener, introducing a few friends and family members to as many games as they can withstand. Got a couple to actually join the group too. My one friend got so into it he actually put #Gloomhaven on his wedding registry LOL

That's awesome! One person once put it that we need to meet people where they are, and then work from there. I think that's what we need to be doing for people. So if they only know Monopoly, find out what they like about it. Then work on building from there. Same with Risk and any number of other games. It's awesome though if you have a group of people who like and play different games as that is a great way to learn and play a wide variety of them. Helps when you are looking to fill in some spots on that new game shelf you have been eyeing. :)

Yeah it's been really great! Well at least in pre-covid times. My fiancée actually found the group for me because she thought I needed an outlet for my new found hobby haha. And actually, let me tell you all about how awesome it is to be able to play different games... lol

So everytime I'd go to a meetup, I'd try to play something new that I hadn't played before. If I couldn't do that or got roped into a game I have played, I made sure it was something I obviously enjoyed. Having that access made me not want to purchase anything for myself because I had the group and could just ask someone else to bring a game I wanted to play. Like I said once covid hit, all bets were off. I've purchased/traded for far too many board games than I could count since March. Not having that space to be able to try new things has made me be the sole provider for our games. The fiancée would tell you we do not need anymore and I'm sad to admit she's absolutely right.

I do like the advice of asking people why they like the games that they like and trying to build off that. I think by now I have a pretty good idea of what to recommend to people based on games they like to play. For example, one of my friends is big on trick taking card games like Hearts. I sent him a couple of links to games like #The Fox in the Forest and #The Crew: The Quest for Planet Nine as entry level points into taking that genre to the next level for him. No telling if he actually listened but I'm trying!

I enjoy the process of exposing others to the hobby of boardgaming.  At work, I volunteered to do two 1/2 hour seminars to let people know that there are more games out there than Monopoly, Uno and Risk.  I've enjoyed hearing feedback that a few people took my advice and are playing new and interesting games.  I like to be the one that makes the fun new game discovery and teaches it to other people.  A year or so into the hobby my wife said "I don't like any of your games, why can't you buy fun ones?"  Meaning the silly party games that produce lots of laughs but don't challenge the intellect.  So I looked for better party games that do challenge the intellect.  I also tried to notice the kinds of games and mechanisms she enjoys and look for those types of games - happy to say I have around 10 board games that she actually enjoys and is good at.  So I am a gate opener, I assume.

I'm with @cbrady748 here. I want to know the 10 games you found that she enjoys.

I'm seriously interested for the reason I mentioned! I recently got her to like #Suburbia so there's a small change she could change her ways hahaha

Nice work! Which ones has she enjoyed most? I think my fiancée has a similar issue with some of the games I like to play. She's told me before if she could just play #Taboo and #Po-ke-no her whole life she'd be happy haha. She does really enjoy a few of them though so not all hope is lost.

Here are the ones that have been hits so far:

Some are card games, some are party games, but I'll count them :-)

I am going to have to look up Biblios, Harvest Dice, and Jaipur.

Hey they count! A few on here that we own and my fiancée also loves or loved lol. I really want her to like #Biblios the most right now. I'll have to check out some of these other ones! Thanks for the suggestions