I read somewhere before receiving Spirecrest that the expansions are not meant to be played together.  I think this may have been meant to suggest that playing them together can me more challenging as there is a lot going on.

I played with my wife and two kids (9 & 11) and we used both the Pearlbrook and Spirecrest expansions and included the legendary characters for the full out experience.  There are a lot of choices playing with so many parts and pieces and it felt similar to Paladins of the West Kingdom as far a choice options go.  You have a few limitations but if you start the game producing you'll be in good shape.

The Pearlbrook expansion feels the most disjointed from the game but pearls are challenging to attain and worth 2 VP at the end of the game.  The wonders, which cost 2-3 pearls in addition to other resources, are also high in points at endgame and worth pursuing.  You are only able to use the frog ambassador to visit the Pearlbrook spots which is why I feel its a little disjointed.  I think having the choice to use the frog at any spot or use two workers to replace the frog meeple would bring the game together a bit more.

The weather seems pretty tough and we nerfed it a little for our kids.  I need to review the rules again because I'm not sure we played the weather correctly even when we were trying to.  Since you are easily rolling in resources by summer or autumn the weather does provide some balance to the game (weather does bad things).

The legendary additions worked out well as they do not add to your hand size but give a few extra options for your city during the game.

As I said, brief

I'll start with the base game and go from there.  First there is the meadow cards.  There are 8 meadow cards in addition to the cards you have in your hand.  The meadow cards can be played by anyone with the resources to play them and so there's a little interaction there.

Next there are the special event cards.  There are four special events each game and everyone can see them and there is potential interaction between those players racing for those events as each one requires particular cards to meet its requirements.

Then there are the worker placement areas to gather resources that can only hold one worker...this is were you have to think a little about what your opponents are doing and if you need to gather those resources now...or get them later and take a different action.

Technically, if you would draw cards above 8 into your hand you have to give cards to an opponent(s) with fewer than 8 cards or if all opponents have 8 cards you can't draw.  We played you just discard cards you don't want.  Our house rule was just to make it easier but the actual rule impacts the game because there is a placement area on the board where you get a resource for every two cards you discard.  I think this is a significant interaction as during the game I played with my family, getting cards from opponents would have helped me out!  Discarding didn't help me at all.

There are a few constructions you can build in your city that opponents can visit (place a worker) and attain something.  These tend to be valuable and usually when someone places one of these in their city it becomes a great place to visit.  There aren't a ton of them but when an opponent visits one of these constructions in your city you get a victory token (coin worth one end game VP).  You have to be mindful of your opponents city's for this very reason.

With Pearlbrook you get a Frog Ambassador worker that can only visit Pearlbrook locations or cards that have a frog footprint on them as a worker placement option.  There becomes another race(s) here for two reasons.  The wonders are worth 10, 15, 20, 25 points respectively but only one person can attain each wonder.  If a player is able to get two wonders they will be hard to beat.  Each river spot can be visited to attain pearls but the first spot visited gets a free pearl!  So a player could potentially attain two pearls each visit is they are A, first to the spot, and B meet the requirements at that location to attain a second pearl.

Pearlbrook also adds the pirate ship which allows you to send a worker to another players city and gain resources and VP coins for each Pearl that player has.

Spirecrest adds a Rabbit hiker and adventure path for additional VP at end game.  With the large critters and additional cards each season there are few extra worker placement options.  For instance my daughter played a card with three worker placement spots.  When another player placed a worker their she would get a VP coin (so up to three per season) and when a player placed a worker their they would draw three cards and receive  1 resource for each worker placed there including their own.

I hope that helps a little.  Not as interactive as other games but definitely not a solo multi-player game either.

That does help, sounds great.  I think this game looks fun but for the most part I'm holding off on new Worker Placement.  But I love animals as a theme and I think this sounds like something I'd like to play someday.

Now, is the solo mode still satisfying enough for you?

I would say yes. But I also crave to play it with people too.

I haven't tried it yet.  When I get around to it I'll post something :)

You know I love great components

@sdirrane I think this was supposed to be a reply to your question.

Thanks for the tag!

Great overview of everything! And it sure seems like a lot but I'm impressed by the forethought in pulling them in altogether, especially in the board design. Everdell appeals to me in many different ways but it manages to always be just below my immediate list of games that I want to get. Hope it happens some day :)

I really enjoy base Everdell. It’s excellent. I’m hoping to introduce it to my kids sometime.

They all look so beautiful.

What's the player interaction like with the expansions?  I've heard the base game has basically 0 interaction.

Love it! Our copies of Spirecrest and Bellfaire arrive later this week. We're looking forward to trying them out! 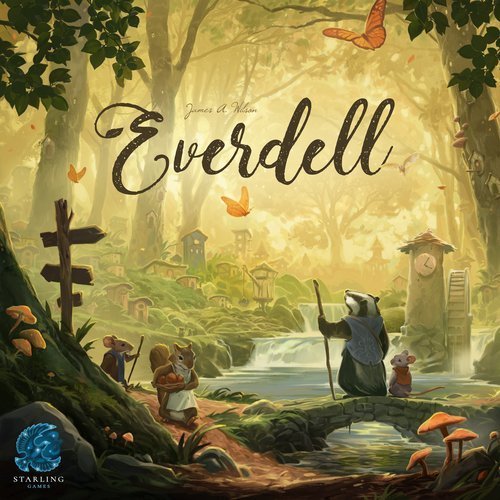 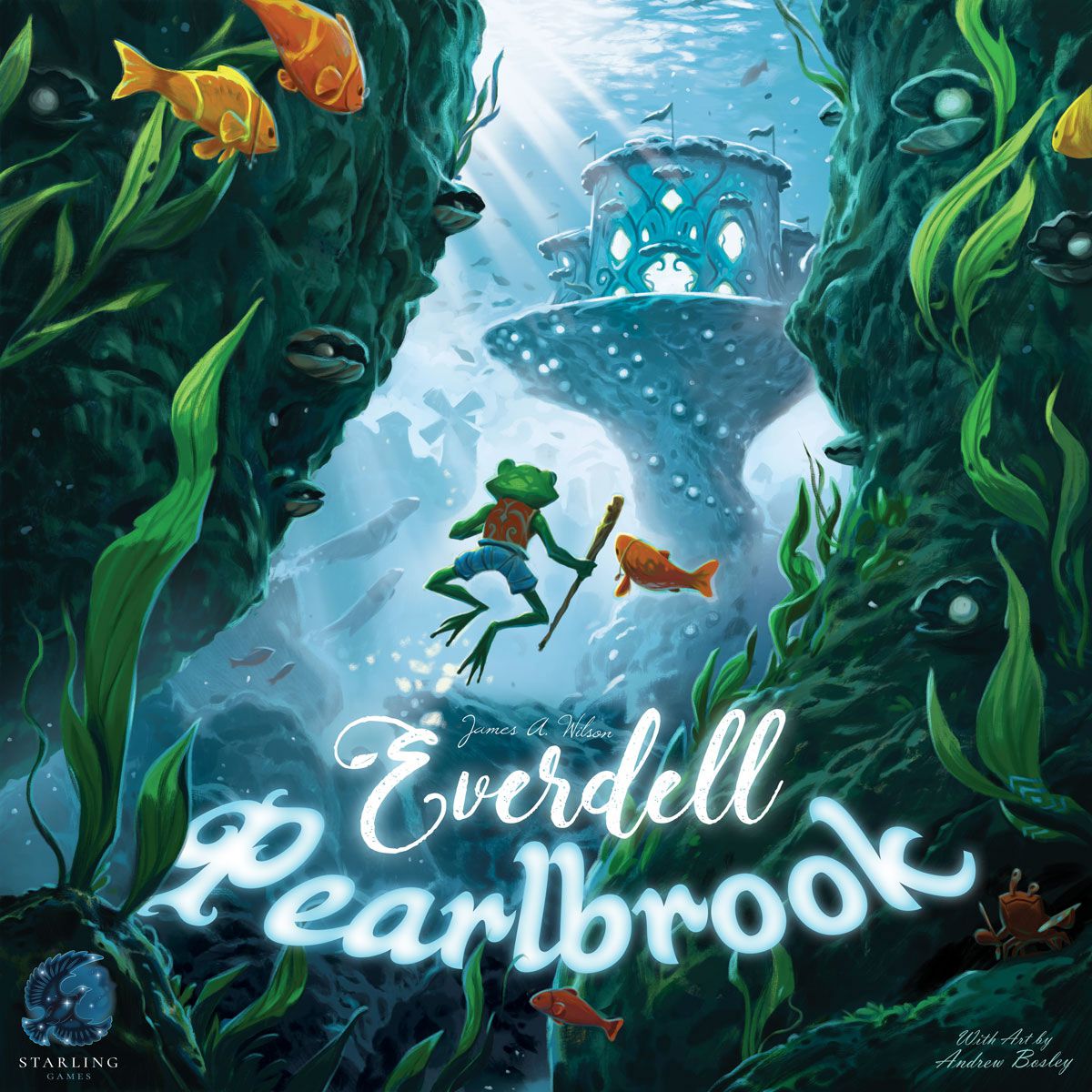 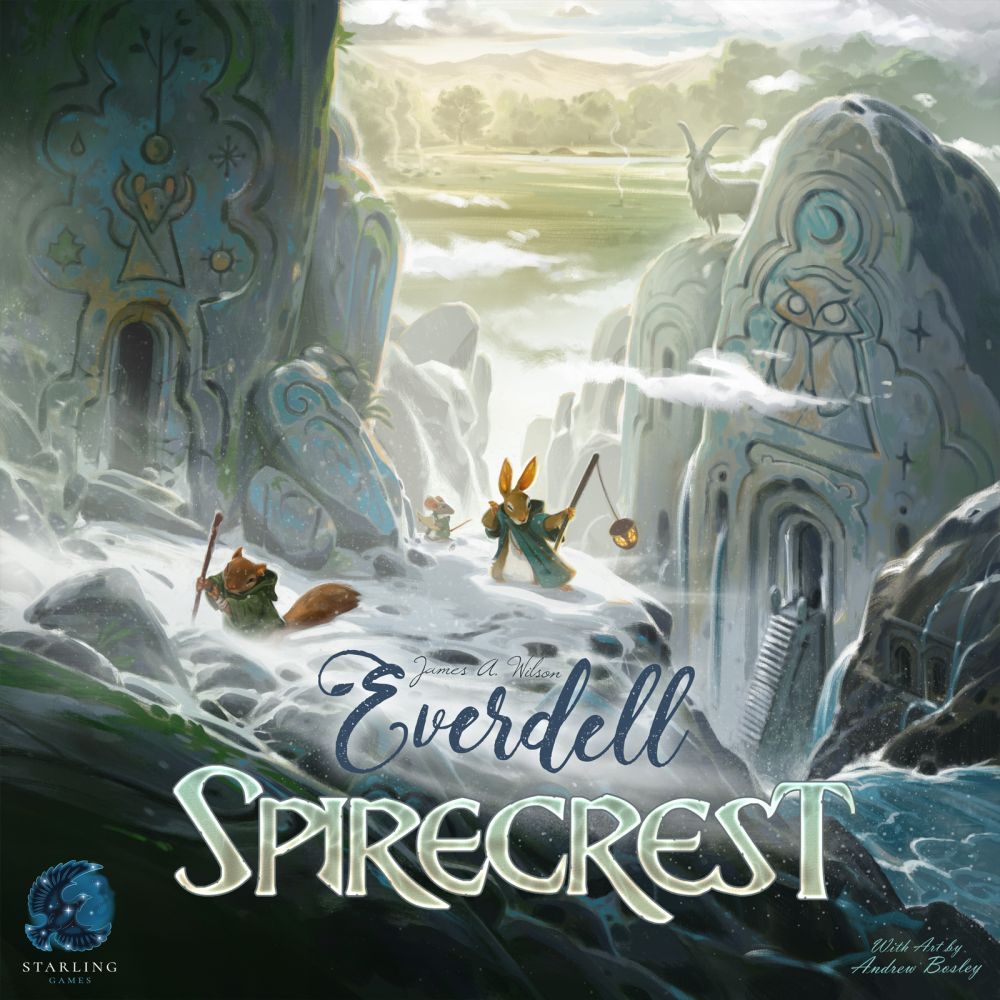