What game do you most regret buying? 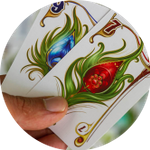 I bought #Catan: Starfarers because it was big and pretty and Catan in Space! But I have not played it yet after owning it for two years.

It was fun the one or two times ten years ago but now regret having #Cards Against Humanity on my shelf. when non gamers see that on my shelf, that feels like a safe default option for them to play instead of trying one of my any other several games that would be A LOT better.

My wife enjoys that type of game but I've got it and the one expansion she bought a dozen years ago hidden away in a box that she doesn't know about so no one will ever see it ever again.

#Forbidden Sky I'd enjoyed playing the other games in this series and was really excited about the spaceship, but it always seems much harder than the others and too difficult to win.

Almost all of my regrets come from buying at 1/2 price books and most of these were from when i was newer into the hobby and watching Will Weaton's table top which sold me on a couple of these.

#Dark Souls: The Board Game - I thought is was a lot of the same, it takes up a huge amount of space, and play was generally lackluster. That's what I get for thinking just because I liked a video game I should get the board game version.

#Cities: Skylines - The Board Game - I love the video game, the board game was a huge disappointment.  Ah well.

oh really! I am also a huge fan of the video game and love the idea of a simulator board game that has lots of the same elements so this was high up on my list. I am sorry to hear it was a letdown.

Yeah I tried hard to like it but eventually realized it just wasn't working for me.  I sold it to make room for something that would get played.

We really enjoy Catan Starfarers; its worth a try IMO

#Italia which was going cheap at a UK discount chain, knowing little more than it was a follow-up to a game called #Britannia and that was supposedly well regarded. I grabbed it for a tenner. Opened it up, lots of chits, and a rulebook, which on reading it gave the impression of the players as being mere passengers, chucking some dice and letting the game play out history. The lessons learnt were that discounted games are often discounted for a reason, and do some proper research before buying a game!

Then going way back, #Civilization which for its day wasn't a bad game at all, and I had no issue with spending 4-5 hours playing a single game. The problem was the player count. The game said 2-7 players, but it became painfully obvious that it was very poor for 2 player games, and that was what the vast majority of our gaming was. I ended up throwing the board & box, but for some reason I kept the player chits, which sit in a geekbox behind me.

Why would you spend time making a post instead of setting it up?

I'd probably say #Memoir '44 and its many expansions and additions.

Not that I dislike the game, but everything I like about it is done better by #Battlelore Second Edition. And I found Battlelore and its big expansions for $25, which is a whole lot less than I've spent on Memoir. :)

#The 7th Continent was a one and done. Nothing clicked with the family. I painted it all and got it to the table. Just to mechanical. What a shame. #Gloomhaven is another. A beast to set up and too focused on hand management and not enough on adventure exploring. Both were sold