Horizon Zero Dawn: The Board Game Available for Pre-Order

Horizon Zero Dawn: The Board Game is now available for pre-order from Steamforged Games!

Horizon Zero Dawn is an action role-playing game in which you are a hunter venturing through a post-apocalyptic world overrun by robotic creatures. First released on PlayStation 4 in 2017, the game received critical acclaim and became one of the top 10 most sold PS4 games by early 2019. And on August 2018, Steamforged Games launched the Kickstarter for Horizon Zero Dawn: The Board Game and finished the campaign at around $1.8M. 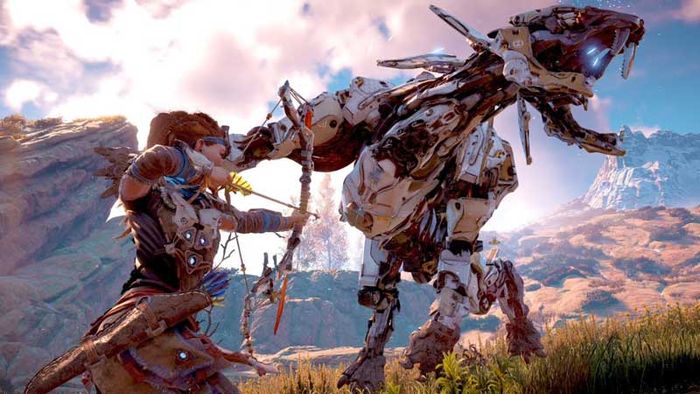 At $99.95, is Horizon Zero Dawn: The Board Game worth pre-ordering from Steamforged Games?

The answer to that is highly subjective, although backers of Steamforged Games' previous campaigns may say otherwise. But as someone with zero stakes in this and having no background in Horizon Zero Dawn, here are my general thoughts toward board game adaptations of video games:

Games like these tug at the heartstrings of fans. It promises to deliver that same rich world-building and action-packed gameplay onto the tabletop, and this pre-order option would look so much more enticing to me right now had I had 100+ hours of gameplay under my belt.

The Limitations and the Risk

Different mediums have different strengths and weaknesses, and things get lost in translation. An attempt at a direct replication of an open-world game such as Horizon Zero Dawn could be riddled with complications and housekeeping, or take on a more abstract approach that could focus on capturing the heart of the theme but with simpler gameplay. Either way, it'll be like a person watching a movie of his or her favorite book—you'll need to embrace the differences or be ready to tear it apart. Lastly, this all assumes that the creators are fully invested in making a true board game adaptation. How is their track record?

How do you portray a video game setting onto the tabletop while appealing to the tactile nature of board games? Highly detailed miniatures, and lots of them! Again, this will be a $99.95 game. I sure hope the mechanisms involved will make a deep gameplay. 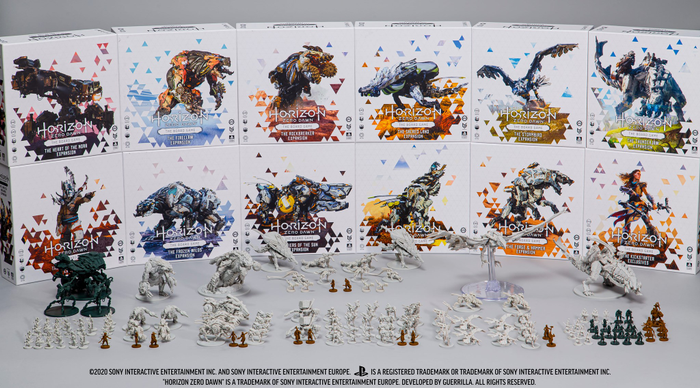 I may sound cynical, but it's only because board game adaptations of video games have that much more weight behind them. They appeal to nostalgia, and boy that's tough when you're already used to finding all sorts of ways to justify your next acquisition.

So, how do you feel about this game? Will you pre-order Horizon Zero Dawn: The Board Game?

If you have zero interest in the pre-order, you can at least appreciate the PC edition in full glory right here:

I had my eye on this one for a while, but I'm going to wait for reviews. Steamforged Games doesn't have the best track record. While the minis look awesome. I'm not convinced the gameplay will hold up.

I do think the art is cool.

Post what ever is new and exciting in board games here.