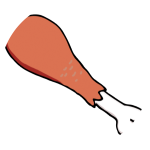 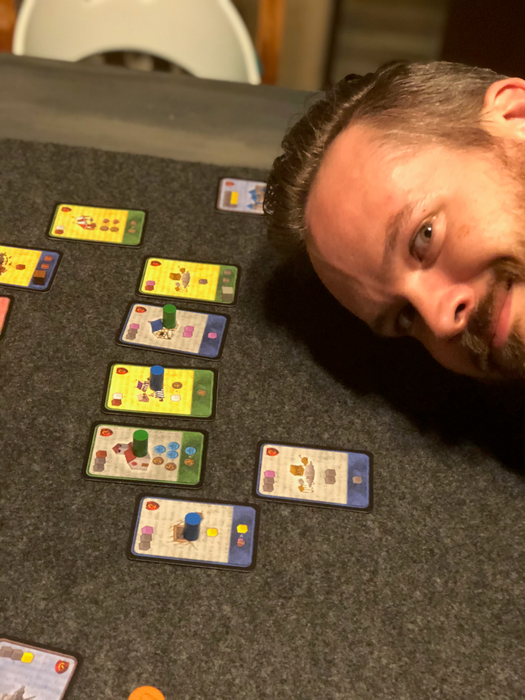 It has been a long time coming, but @nealkfrank and I finally got to bust out #Caylus Magna Carta. The shelf of shame is crumbling indeed!

Besides this game having the ugliest box cover I have ever seen (background looks like 90s powerpoint; probably why its out of print), I thought it was a good game! I have never played #Caylus, however the general consensus is that CMC plays very similar to its predecessor, but quicker and with less going on. At its heart it is a worker placement driven by money that allows you to act and resources that allow you to build. The buildings you then build also create more spaces for your workers to "work". You and your opponents are attempting to help build a castle as well with the resources you gain. Helping to build the castle rewards you with prestige tokens that not only act as a method of gaining points, but also function as the game-end condition in that when these tokens are depeleted the game ends.

I would like to give it another go, but overall I thought it was fun!

Nice write up 😀 I've not come across this set of games before. There must have been a whole team if people who were like 'yes, that art is perfect!'

Haha I know right? It just fits games like #Agricola and#Le Havre so nicely! Haha this series is very similar since it's from the lookout crowd

Do you have a favourite of their games?

Sorry I wrote my earlier reply thinking this was on my Oh My Goods! post! Lol

to correctly respond to your earlier comment.... yes and that team had also experienced a power outage right at the moment it was to be approved haha

Haha, I did think it was a little odd 😄

Also, were you two planning to tackle any other unplayed games?

I've checked out reviews on #Caylus 1303 several times before but never went for it, it just didn't seem like a good game for me and my wife to play at 2p.

And.. "background looks like 90s powerpoint; probably why its out of print" xD

oh that is definitely Neal lol

Ive looked into 1303 as well. from what Ive seen its preferred over the original by a good number of ppl which is interesting. It does seem like it would play best with 3-4!

Probably not together before the challenge is up! but I am hoping to get a solo of root in tomorrow night!

I am very glad you liked my description xD

Ya it was a good time, I enjoyed my experience, but I would enjoy it more with the more complex modes of the game. New card/buildings that make decision meatier appeal to me!

SAME. I think the beginner mode is really accessible but we for sure would've enjoyed the meatier version. It would've provided way more decisions. Plus the provost would've added a healthy amount of stress haha

Ya, it helps grasp the core mechanics, but it is a simpler game without the other stuff.

That cover cover is truly a spectacular example of board game art.... LOL

it truly is something...special... haha