You are a castaway on Prospero Island, home to the ghost of the famous pirate, Dread Red. You must scavenge the ship wreck and the island for resources, use keys to raid strategic locations and earn doubloons, and use weapons to set booby traps and defend your location against raiding rivals.

Castaway Curse is a shipwreck adventure game for 2 to 6 players. You can get an early copy of the game (estimated delivery, May 2020) with free shipping for only $68. Or, choose the signed and numbered edition, with an extra coconut bowl, extra passport, and combo metal doubloons, also with free shipping and early delivery, for $100. Check out the campaign before Tuesday, March 31, 2020.

Castaway Curse is a thematic game with deluxe components. The wooden treasure chest and coconut bowl you see aren't just props; they're actually included with the game!

There are also acrylic gems, burlap bags, and metal coins. The Marooner's and Thief pledges include 60 shiny doubloons, and the Pirate and Legend pledges include 30 shiny and 30 rustic doubloons.

During your turn, you will collect doubloons, raid an area, and then draw cards. After a successful raid, decide if you want to set a booby trap and keep command of the area.

You may draw cards from either the key or weapon card deck. The number of cards you draw depends on your character's reputation.

Your character will evolve and you will build your reputation as a pirate as you complete conquests. After completing three, you will be a Legend and may battle Dread Red.

The game is over once any player defeats the ghost of Captain Dread Red, but it's the player with the most doubloons that wins the game!

You can watch videos and read through the rulebook, plus find out how you can save on pledges by pairing up with a friend, so be sure to check out the Kickstarter before Tuesday, March 31, 2020.

Get Notified on board game sales

Board Game News and releases 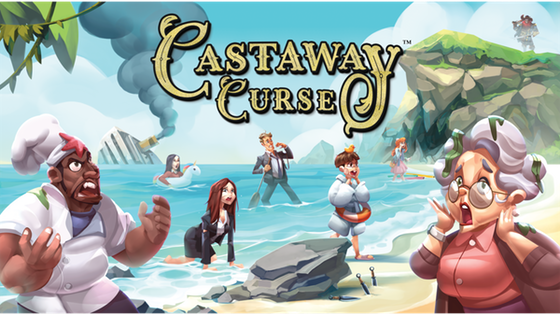 Dang those components are slick

The art looks cool. And the price for the components is great. I really like the illustrations for the evolution of the characters.

But, the box is how. There is no way that this a feasible box size for me.

Free shipping, really? At that price? That is going to make it very hard for the creator to make a profit on this game. It makes me wonder how diligent he was with pricing the game out. Or if he is cutting corners somewhere on materials. He has very little ks history. That scares me just a little.

I'm also a little afraid that the gameplay might be fiddlier than the game wants to be.

All these concerns aside. I wish the creator the best.