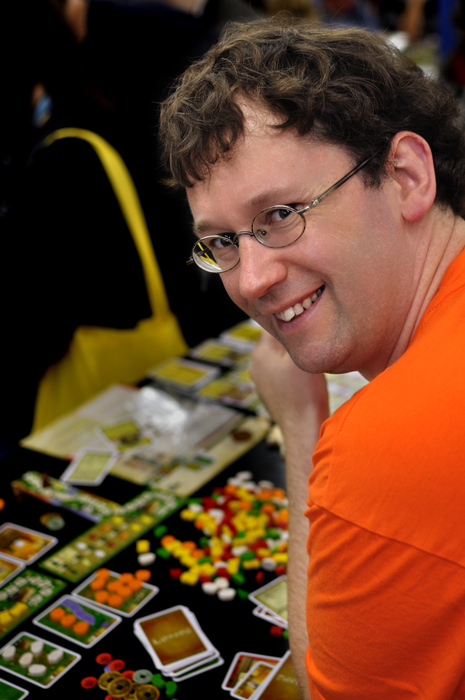 Uwe Rosenberg (born 27 March 1970) is a German game designer and the co-founder of Lookout Games. He initially became known for his card game Bohnanza, which was successful both in Germany and internationally. He also designed Agricola, a genre-changing game that dethroned Puerto Rico as the highest rated game on BoardGameGeek.com in September 2008 and stayed at the top of the rankings until March 2010.

Rosenberg is well known for the development of complex, economic eurogames, as well as innovative card game mechanisms. Many of his designs have been recognized as being excellent for solitary play.